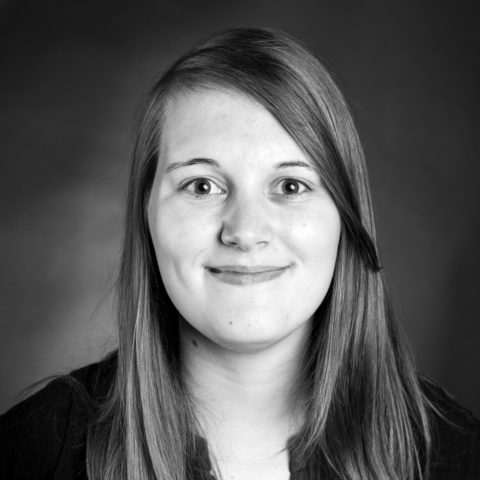 In just a few years, two different NAFEMS awards has been given to people at FS Dynamics. A little bit more than two years ago Matti Lindstedt received the NAFEMS Most Innovative Use of Simulation Technology Award.

This year, Ida Lindell won the NAFEMS Nordic Student Award. Her thesis on 3D CFD modelling of secondary steam in a reheater has made quite an impact both at the client and with NAFEMS.

FS Dynamics often gives eligible master students a chance to their thesis in-house. It’s a great way of both introducing the students to the FS Dynamics world and to recruit new talented engineers. This way the company also is able to connect clients with high quality research. It’s quite fulfilling to support theses, often well received in the engineering and simulations communities.

The client wanted to know how to improve their reheaters, as it seemed that the secondary steam unevenly wore the specific tubing. As it’s almost impossible to carry out the experiment in the actual settings, a new kind of modelling was needed.

Ida Lindell’s thesis on secondary steam flow in reheaters in nuclear power plants was conducted by 3D computational fluids dynamics (CFD). But it also included an advanced preparatory work, such as a comprehensive literature study and a very thorough setup for the modelling. The name of the thesis is “Analysis of the flow of secondary steam through a reheater using 3D CFD”.

Ida’s FS Dynamics supervisor during the thesis work was Ori Levin.
“The level of her work is at a very good research level and has provided both FS Dynamics and the entire field with a very good foundation for further research. Ida not only did a thorough research of the literature and the possible modelling and simulations; she also conducted the test model all by herself. And did all the testing and came up with a proper model for further research in the area. The way she did all this is basically what researchers on a doctorate level do.”
“I became confident of the quality of her work at the very first meeting Ida had with the client. At that point she’d already set up the geometry and she knew where to find viable information on how to be able to conclude the thesis. Very impressive.”

“I was asked by my supervisor Ori to apply for the award, as he liked my work and thought it deserved more attention. First, I sent a brief summary in less than 300 words. After that, mine and six other Nordic students’ theses were nominated.” At this stage all the seven nominees’ work was scrutinized by the jury and in the end Ida’s thesis won the award.

In the end, the client asking for the research was more than pleased and Ida has now won NAFEMS Nordic student award, including the €1000 prize.

“I’m grateful to my supervisor and FS Dynamics. Not only did they challenge me to do my best, they also helped me in many ways. This included application to PDC at KTH (Center for High Performance Computing at the Royal Institute of Technology) in Stockholm. Having enough computer capacity and simulation time there was essential to my thesis.”.

Today Ida works as a consultant CFD engineer at FS Dynamics, a position won mainly because of her master thesis.

This is the first time the NAFEMS Nordic Student Award has been given. An equivalent student prize has been awarded in the UK and in Germany, Austria and Switzerland for some years now. Another similar prize is given to North American students. The Nordic award includes a sum of € 1000 and is sponsored by Grundfos. There are also other NAFEMS awards, as the non-profit organisation (established in 1983, NAFEMS) aims at improving the professional status of all persons engaged in the use of engineering simulation.